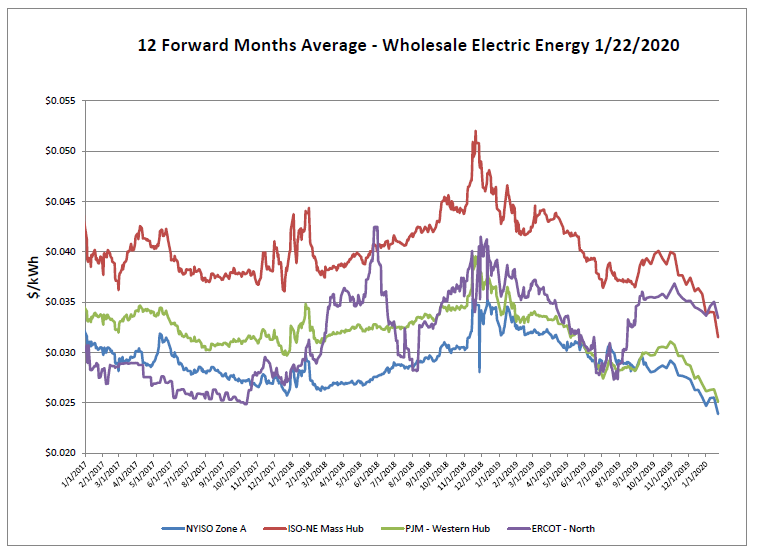 All markets experienced a similar drop in pricing as the near-term underlying cost of gas falls in response to limited demand in the face of mild winter weather. The forward 12M average of ISO-New England is particularly affected by the unseasonably low trading cost of this winter’s electricity. Though winter 2020-2021 is still historically competitive, this 12M forward average is likely to rise as we pick up next winter’s trading months. 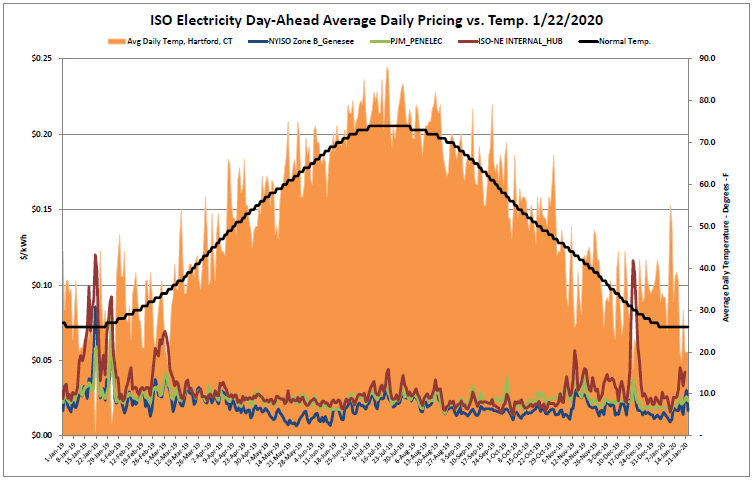 There was some seasonably cold weather this past week that led to some mild volatility in the daily markets, though it did not stray far from the average: 20° vs a norm of 26°. 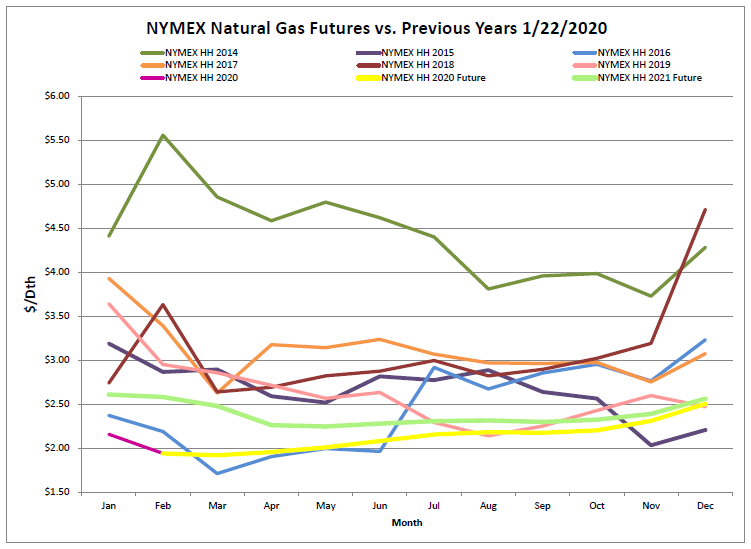 Mild temperatures have persisted as we move through what is, historically, the coldest time of the year and left another week with a mild storage withdrawal. Pricing for the near-term has continued to drop, with February through May 2020 having fallen below $2/dth, in response to the considerable volume of gas that remains in storage for this time of year. 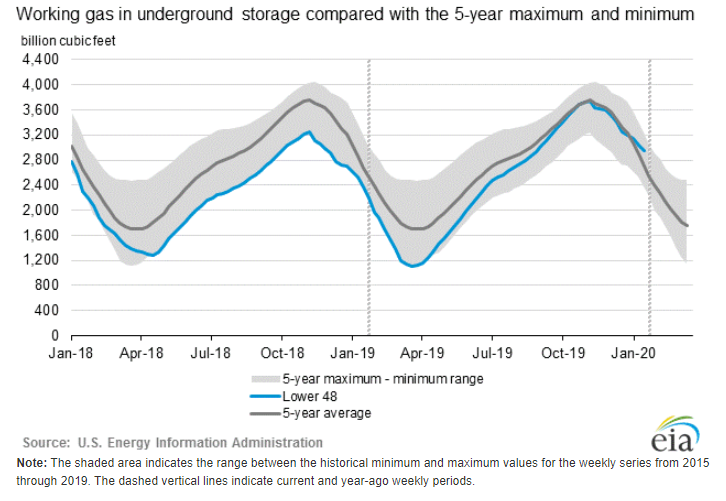 The EIA reported a draw from storage of 92 Bcf. Working gas in storage was 2,947 Bcf as of Friday, January 17, 2020. This was in line with market expectations of 88 Bcf but remains very modest in comparison to the 5-year average withdrawal of 194 Bcf. 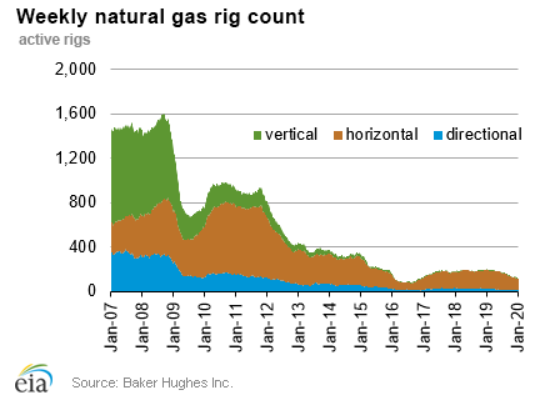 The Baker Hughes exploration gas rig count fell by five this week for a total of 115. This is 82 fewer rigs than the 197 in operation at this time one year ago. 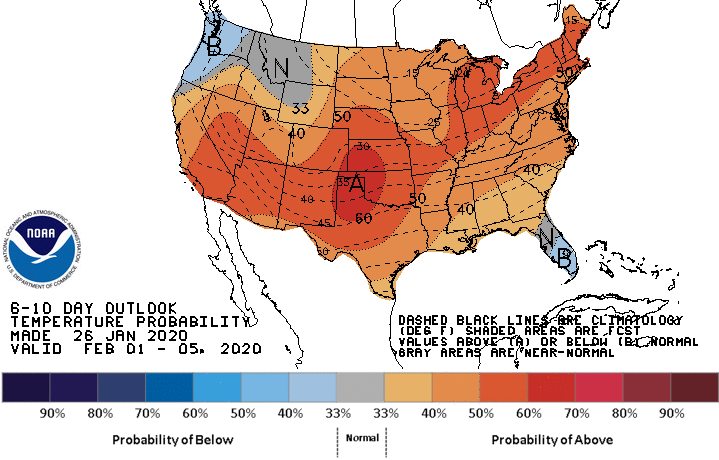 Warmer than average temperatures are expected for most of the contiguous United States with the exception of Florida and the Pacific Northwest.

Inside New York’s Push to Be ‘Center of Gravity’ for US Offshore Wind In the race for American offshore wind jobs, New York got an uncharacteristically late start. Unlike Rhode Island, New York has no turbines spinning in the water.
0Shares
PrevNext